Before there was Homomentum and Turnback Boyz, there was Pants-Off Productions, Glitterfruit, Reclaiming Pink, Untrained, I and Ubergay Cabaret, all projects that helped Max become the artist/producer/musician/writer they are today!  Below are details on the most influential projects of Max's queer artist history. 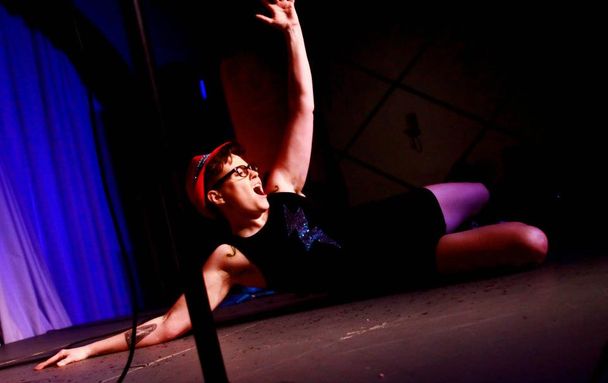 Untrained, I was a DIY dance troupe that combined the genderfuck and camp of drag, with a focus on movement and dance, in a variety of dance styles.  Untrained, I participated in the Kick/Ball/Change dance series, as well as Freakshow-a-Go-Go Portland and Seattle.